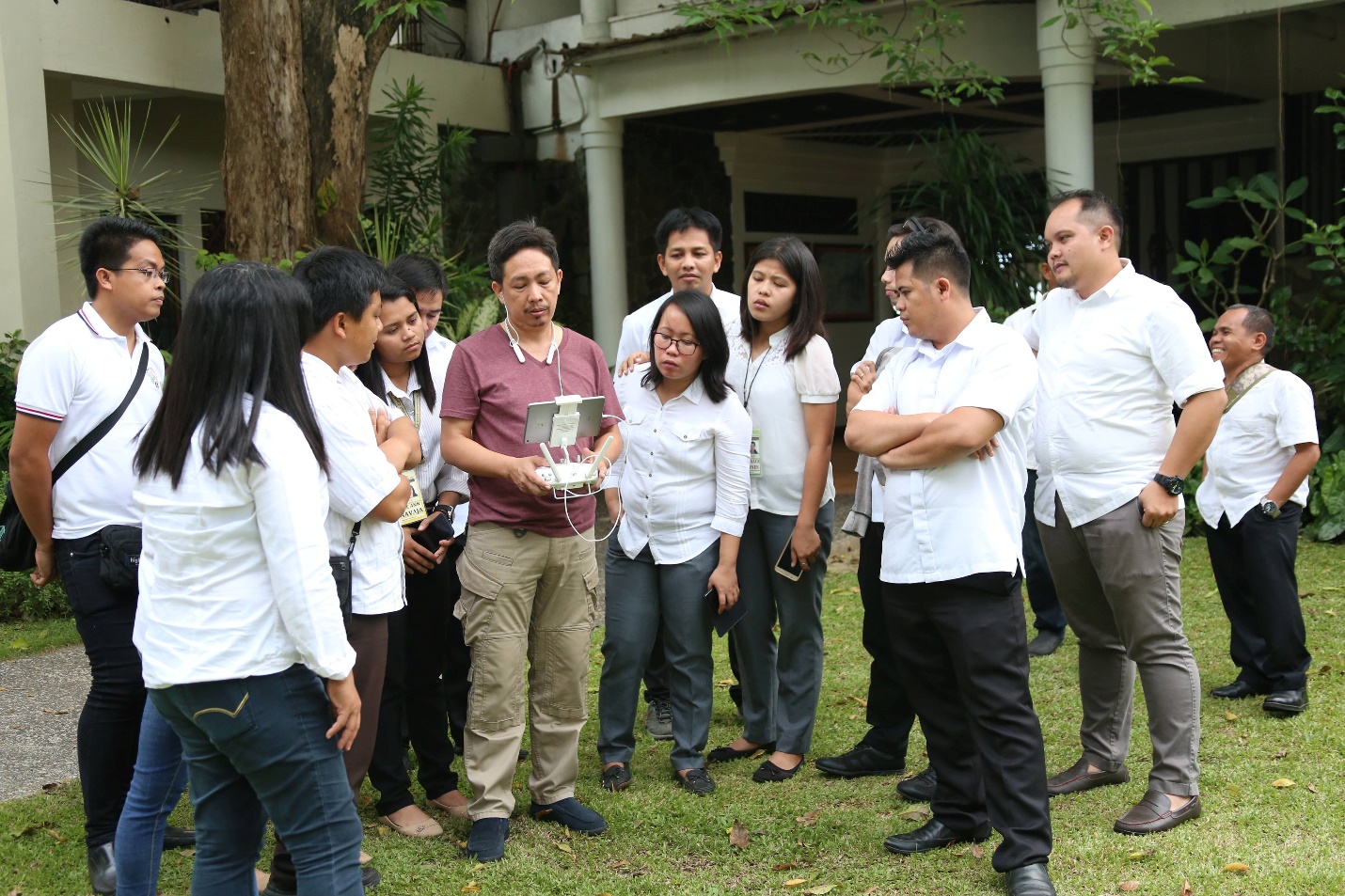 UAS Orientation-Workshop. Representatives from the different OUs of DA-10 listen close as they get to familiarize themselves in flying the drone, which has a maximum altitude of 1,640 feet high.

The UAS involves the use of UAV for a specific mission, combined with various other sub-systems in achieving its purpose.

There are two types of UAVs presented in the workshop, the quadcopter (4-propeller UAV) multi-rotor aircraft and the fixed-wing plane.

The multi-rotor aircraft also known as Dynamic Remotely Operated Navigation Equipment (DRONE) is a type of vehicle which uses its propellers for flight and sideward motions with a maximum altitude of 1,640 feet high. It also requires small flat areas as it can be launched and landed anywhere. While, the fixed-wing UAV uses its wings and two propellers for lifting and flight. It can fly at a maximum altitude of 26,000 feet high with at most one hour battery power. To land the vehicle, it should have at least 50-100 meters of straight clearance approach, depending on the length and size of the unit. Considering its higher flight altitude capacity, a wider angle of the area can be captured by the camera.

Aside from the actual flying of the multi-rotor aircraft, the participants learned on how to fly the fixed-wing plane using a software application called the simulator, in which the unit’s remote control is attached to a computer or laptop.

At the end of the training, the participants were grouped into three teams: the operator or controller, in-charge of the actual flight in the field; the visual spotter, responsible in the general condition of the location; and the telemetry, task to monitor and provide regular feedback to the UAV operator based on the flight plan programmed in the computer. Each was assigned based on the results of the written and practical examination conducted by the resource speaker Reginald Alfred P. Braceros, a member of Davao AUS. # (EMB)