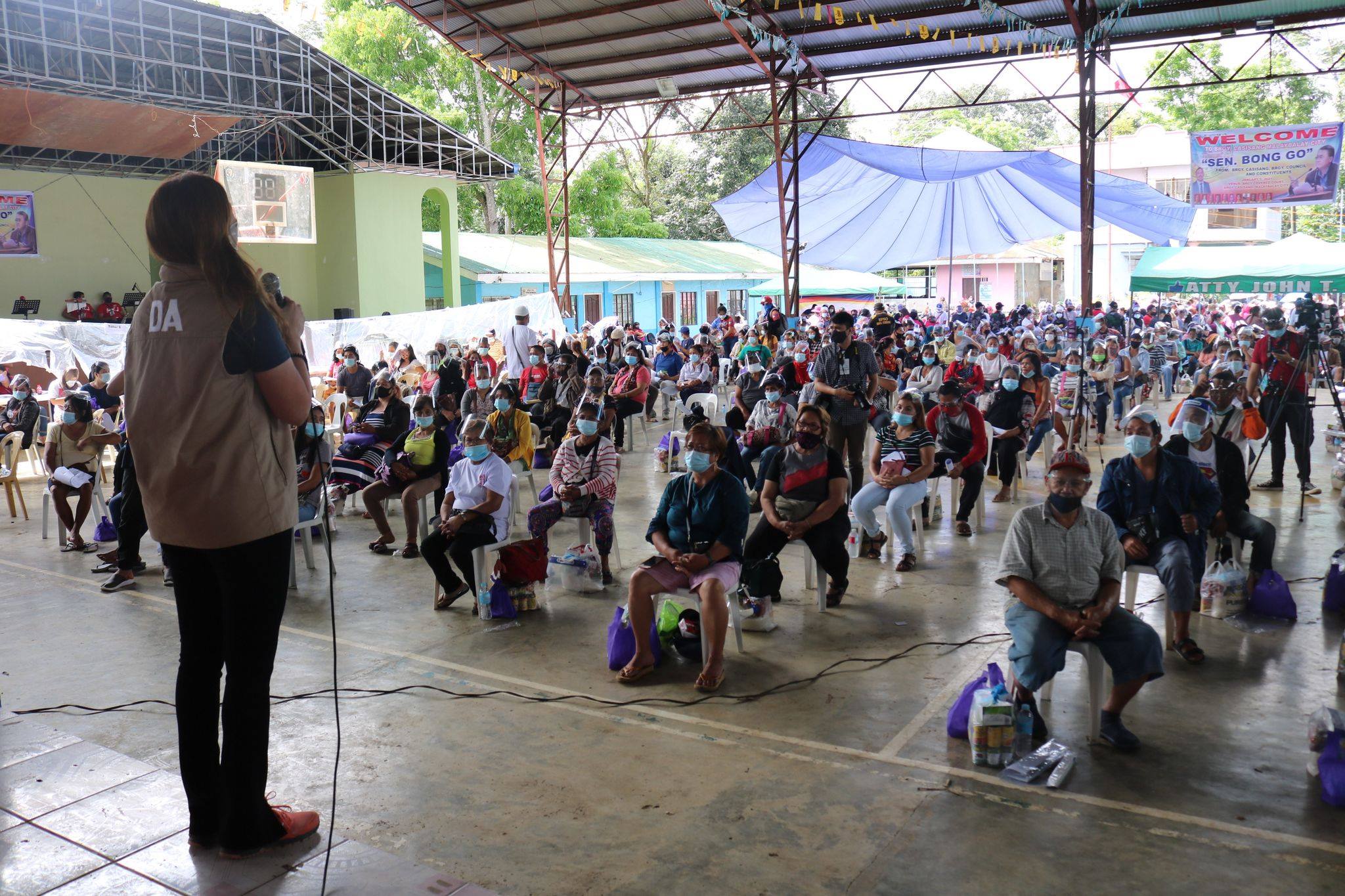 The government pours out assistance to a cooperative based in the municipality of Kitaotao, including market vendors in Malaybalay City and Quezon town, in Bukidnon province. Interventions comprise of packets of assorted vegetable seeds, financial grant, food packs, among others.

MALAYBALAY CITY, BUKIDNON – In line with Senator Christopher Lawrence “Bong” Go’s initiative of providing assistance to market vendors of Bukidnon, the Department of Agriculture – Regional Field Office 10 (DA-RFO 10) has given out 1,200 (5-in-1) packets of assorted vegetable seeds to said beneficiaries on January 5, 2021.

In support to their Kadiwa ni Ani at Kita operations, the cooperative will receive a hauling truck (P2.4 million), building (P2 million), working capital (P500,000) and other equipment (P100,000).

Meanwhile, attendees of the event also received food packs, face masks and shields, and vitamins from Senator Bong Go while select participants received bicycles which they could use given the limited transportation during this pandemic as well as tablet computers which their children could use for their education.

Go shared, said initiative aims to bring the government closer to its people most especially, “Market vendors are one of those who are greatly affected because of the COVID-19 pandemic,” remarked the senator.

Apart from DA, the event was also participated by other government agencies such as the Department of Social Welfare and Development (DSWD), Department of Trade and Industry (DTI), Department of Labor and Employment (DOLE) and Technical Education and Skills Development Authority (TESDA), who also provided assistance to said beneficiaries.