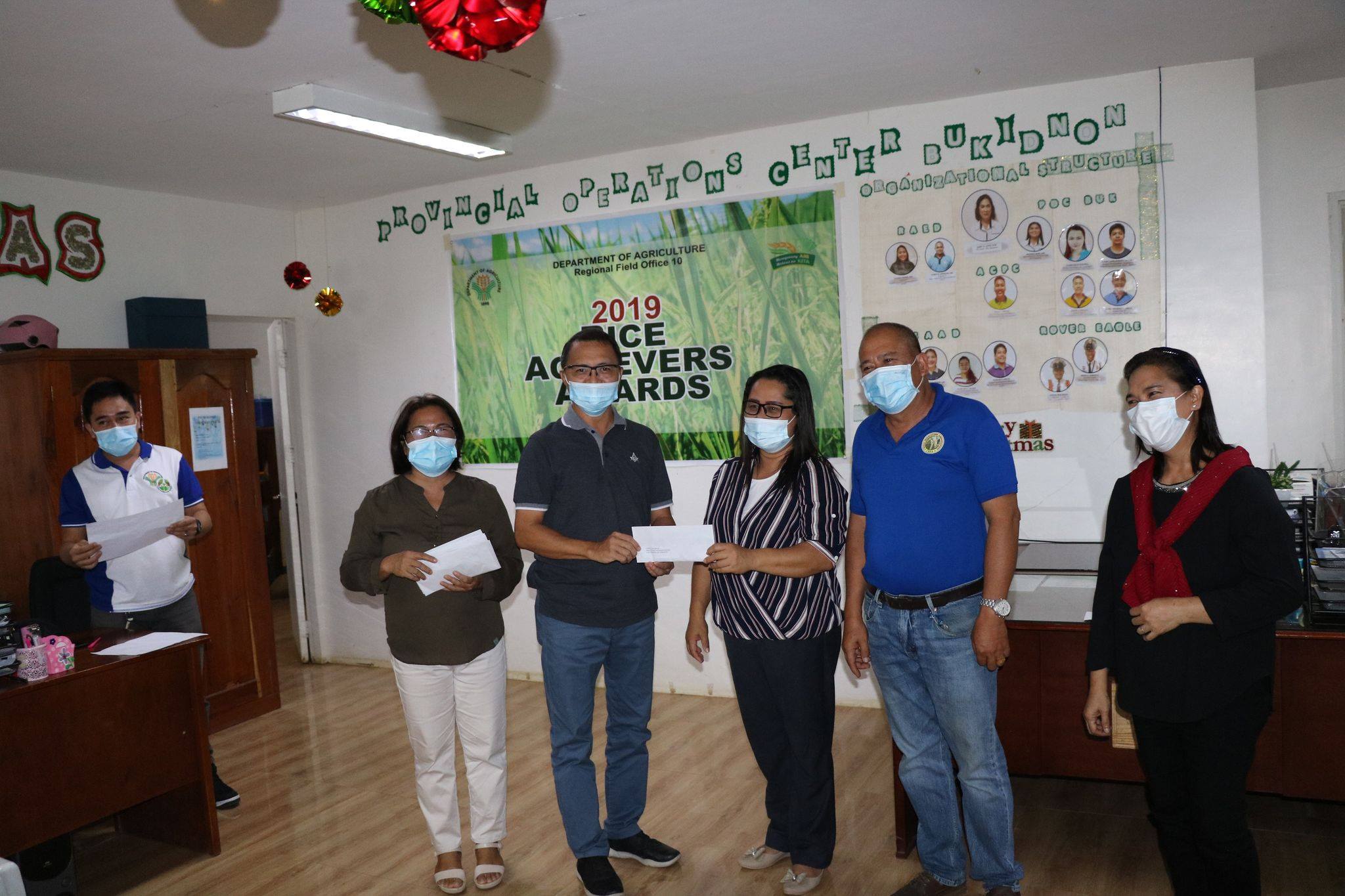 Department of Agriculture – Regional Field Office 10  Regional Executive Director Carlene C. Collado awarded each AEW (22) and LFT (1) with P20,000 cash for their efforts and assistance to the rice sector.

Collado stressed, Region 10 has been consistently awarded in the annual RAA for several years.

Collado further shared,  DA has poured various supports for the rice industry thru the Rice Competitiveness Enhancement Fund (RCEF), aside from the regular programs of the department to scale up its hybrid and inbred rice production in spite of COVID-19 challenges.

“I congratulate all the awardees of the 2019 RAA and I hope that even if this will be the last batch of the annual RAA, you will continue to be our extension arms in DA’s mandate in providing sufficient food not only in the region but also the country.”

He also assured that DA will continue to give support in the agri sector, especially the accredited cooperatives in all commodities which include rice, corn, high-value crops, and livestock in the provinces.

Myrna Ariola,  the region’s only LFT awardee from Don Carlos, Bukidnon said, “Being a farmer technician of the five barangays requires passion and dedication.”

Meanwhile, Bukidnon Provincial Agriculturist Engr. Alson G. Quimba remarked, with DA-RCEF and other agri interventions, Bukidnon has the region’s highest area of rice production will still be inspired to sustain its rice sufficiency, which is currently at 145 percent.

The 2019 RAA AEWs and LFT awardees are as follows: