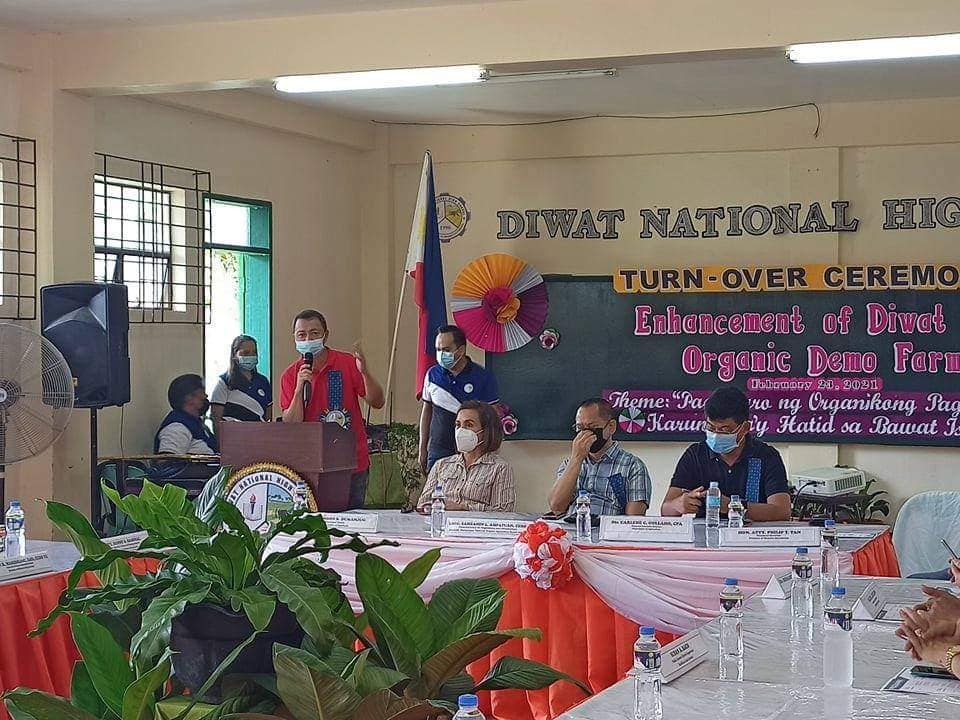 The aggie dept turns over P2-M worth of Organic demo farm enhancement project to Diwat NHS in Tusik, Bonifacio, MisOcc on February 23.

Of the total project cost, DA thru the National Organic Agriculture Program (NOAP) funded P1.5 million; while the Department of Education counterparted the remaining P534,714.00 for said infrastructure and poultry production project.

While the poultry production project (P193,604.28) is for the procurement of chicken breeders, materials and other related supplies.

“With our strong partnership with MisOcc mayors and the governor, DA will continue to support the project and I hope that you will invest the budget for a more visible and flourishing organic demo farm for other communities to learn from,” Collado also imparted.

“With the help of the academe in high school and state colleges, the success rate of said program is overwhelming. Sa makugi nga institusyon, kugi usab kami sa gobyerno sa pagtabang sa kalampusan sa maong proyekto. [For those hardworking institutions, we, in the government are much willing to help for the success of the project],” the governor added.

Diwat National High School is located approximately five kilometers from the National Highway, catering students from 10 remote barangays, including some from the town center.

Currently, it has 881 enrollees from all year levels and has already produced graduates of more or less 414 graduates since the implementation of the Senior High School Program in 2016, including those in Agriculture track.