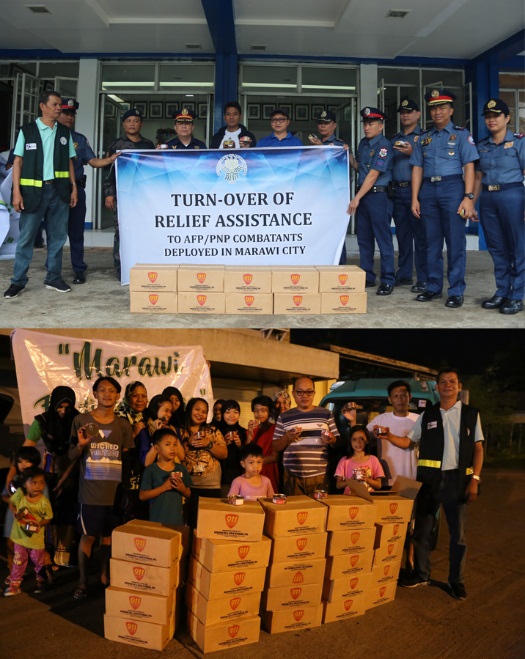 ASSISTANCE TO TROOPS AND RESIDENTS IN MARAWI GIVEN

Davao Constructors Association Center, Inc. (DCACI) turned over a total of around 100,000 canned goods to the troops and residents in Marawi City through Department of Agriculture – Regional Field Office 10 and 11, last December 13, 2017.

The assistance donated by the DCACI is a Halal-processed food with viand and rice that comes in three flavors, namely Chicken Curry, Chicken Adobo and Afritada. Previously, there were 28,000 canned goods given this August, while 25,000 was given in September and followed by 25,800 and 27,428 delivered last November 7 and November 22, 2017, respectively.

Further, the said assistance is part of DA Secretary Emmanuel F. Piñol’s commitment in supporting the troops and evacuees in the city. # (AMBManto, DA-RFO10)